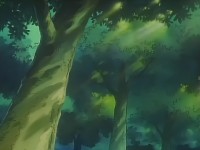 The Significance Of Scenery: Notes

Some local anime fans are also Arrogant Worms fans, and I remember hearing about this song. I was originally going to do only the first chorus, as seen now in the video, and put it on a Doki Doki DVD as a hidden extra, but decided -- what the heck, I'll do the whole song. (although the song is short, I did make some small edits to it)
Some things of note...

- There's less (useable) chibi-Tamahome footage in Fushigi Yuugi than I thought.
- The opening is a little weak, but the ending is the best EVAR!
- I had forgotten, until I got to them, about the snow scenes in FY. Pretty fitting.
- Lipsyncing multiple voices to one mouth at the end seemed odd, but it would have looked weird not syncing them. meh.
- My American friends were surprised to learn that there is a Canadian Idol show. The clip in the video is not from that show. It's from a Canadian comedy show called Corner Gas where they made reference to it.
- The picture near the end was taken on Parliament Hill on Canada Day 2005. When sent to the Canadian cons, this was replaced with pictures of their respective city skylines. (Toronto, Edmonton, Vancouver)
- In my acceptance speech at Anime North in Toronto, I said "I would never dream of pandering to the audience." (it's a joke. relax)